“For Duty and Humanity.” – Larry, Moe and Curly

“We graduated with the highest temperatures in our class.” – Larry

A parody of MGM’s Clark Cable movie Men in White. “For Duty and Humanity” is the pledge the Stooges made when they play medical students who have graduated with the “highest temperatures in their class.” At Los Arms Hospital, three brainless interns – Doctors Howard, Fine and Howard – promise Dr. Graves, the hospital superintendent, that they will devote the rest of their lives to “duty and humanity!” Instructed to rush to any room whenever “Dr. Howard, Dr. Fine, Dr. Howard” is heard over the loudspeaker, call after call features an assortment of surreal, oddball doctors, nurses, and patients. An emergency leads them to operate on Dr. Graves himself after he accidentally swallows the combination to a safe containing life-saving radium. 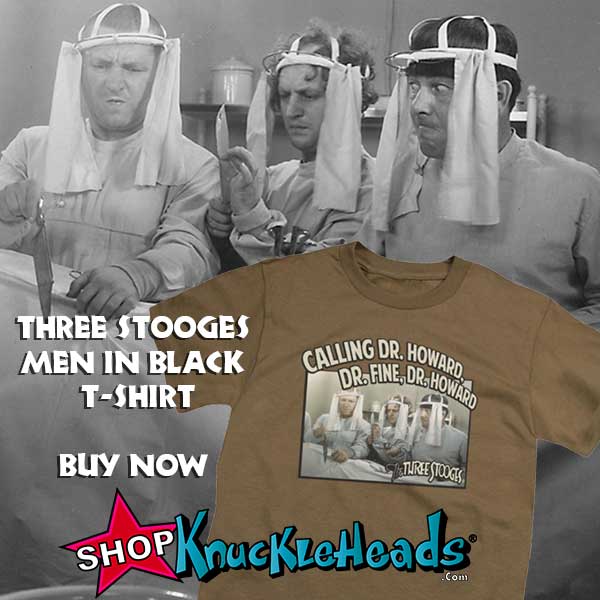